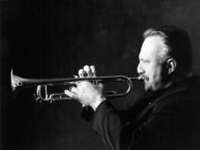 Born and raised in Sydney, Pete started playing cornet in the school brass band at the age of 9 Years. (De La Salle College at Revesby Heights for those of you who are interested!) Not long after, he commenced studying trumpet with Harry Berry, a well respected, and seasoned studio player/brass teacher of the time.

From the age of 13, Pete was a regular featured soloist with Burwood Concert Band under the direction of Harry Berry, for ABC National Radio. His life as a young teenager was filled with brass bands, marching competitions, solo eisteddfods and lots of laughing to pass the hours away on the long bus trips. In 1973, Pete performed on the high rating, national, talent TV show BP / Holden Showcase (Crawford Productions) winning all his heats and taking out the Judges second prize in the Grand Final.

After the BP / Holden Showcase experience, Pete decided that his secure bank job just wasn't as exciting as he had hoped, so he settled for the insecurity and excitement that music had to offer. Since taking that first step, Pete has been a busy boy to say the least.

A versatile musician, Pete has also lent his talents to albums, jingles and film scores, as well as television shows. He played live on air for The Mike Walsh Show and The Midday Show for more than 10 years, and appeared in a TV special called Oils On Water with seminal Australian rock band Midnight Oil.

Pete has recorded two of his own CDs, the first called THIS TIME, in collaboration with singer/songwriter Khristina Joy. The album is multifaceted, with many feels and styles, showcasing the talents of twenty-three of Sydney's finest musicians.

PLAYIN' IT STRAIGHT featuring Pete Di Losa and his fabulous Orchestra, is arguably one of the best and swinging big band albums ever produced in Australia,

His latest EP titled Here and Now, is his first solo-feature album, with lush orchestrations and his Big Band still swinging from their very core !