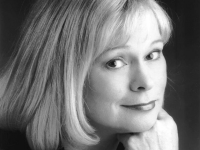 "Our breathing, our sense of well-being, our sense of self worth and the like are all enhanced through singing. Even if we don't sing particularly well or have an especially beautiful voice, we are still receiving the wonderful benefits singing offers us." Richard Gill

Khristina's vibrant singing style and interpretation has made her popular with both audiences and peers alike. She has been influenced by all genres of popular music from Janis Ian and  Carole King to Barbara Morrison, from Ella Fitzgerald to Blossom Dearie, from George Benson to Fats Waller.

As a bandleader, she performs with her own bands GROOVE MERCHANTS and AD LIB SWING QUARTET  featuring both swing and popular music. She is also a freelance vocalist and recently performed with the BASIN STREET JAZZ QUARTET, wowing the audience at The Westport Cub Port Macquarie.

In collaboration with Pete Di Losa, a CD This Time was released that receives airplay on both local and national jazz programs.

Pat Wilson, Andrew Ross, Kerrie Biddell, Patricia Oertel, Stephen Yalouris, Barbara Leslie and all the talented musicians with whom music has been shared . Also many workshops with visiting International Artists.